I rather willfully took a bus to Trapani (on the north western tip of Sicily) without much of a plan and without even downloading the city map to my phone, intending to find and walk to the base of its adjacent mountain and then ride up (15 mintues) to the hill town of Erice by bus or funicular. As it happened this was not my most brilliant of planning techniques and the result was an extremely strenuous day of walking when I found that a) the bus stop was an hours walk across the city of Trapani to the base of the Funicular route and then b) that the funicular wasn’t running. Possibly its out of season, possibly its closed on Sunday or maybe it just doesn’t operate anymore. I sat down at its base in a huff and ate my sandwich, then decided that I would not be thwarted and set out to walk to the summit (not knowing where the bus might pick up at that point). I unknowingly selected the longer of the two road routes and ended up making a 10 mile hike up from literally sea level (at the port side bus stop) to the summit at 2450 feet. The winding switch back road seemed endless by half way and the series of photos overlooking Trapani which might appear to be zooming out with a long lens are actually my record of each successive view point, each time thinking “wow that’s a long way down, I must be nearing the top now …” Thank goodness for the midpoint water fountain or I might have dried up and been blown off the mountain before reaching my goal. 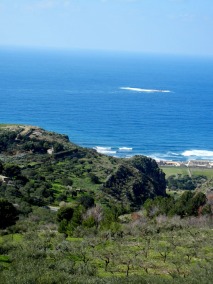 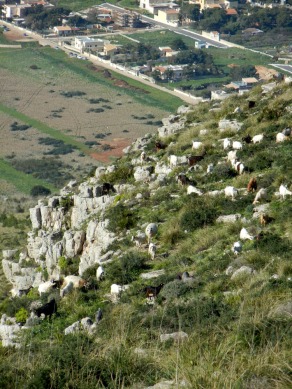 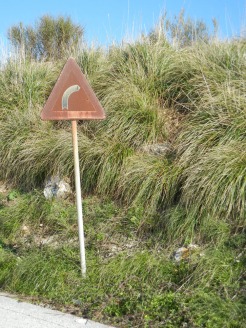 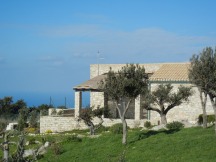 I arrived at Erice, footsore and triumphant around 4 in the afternoon and took the bus back down again only an hour and a half later but the spectacular views were well worth the trip. The mountain town sas founded by Elymnians (supposedly expatriates of ancient Troy). The city boasted a huge temple to Venus which was knocked down and rebuilt to different deities by invadings hoards from Carthage, Rome, Arabia and Normandy (I can’t imagine why the guidebook describes it as “considered impregnable,” although I also can’t see how anyone would have managed to scale and take it considering the height and walls. 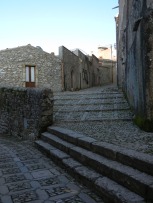 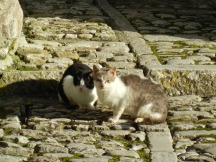 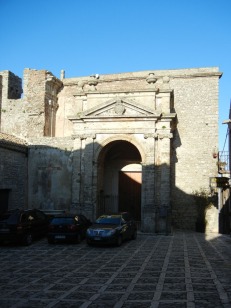 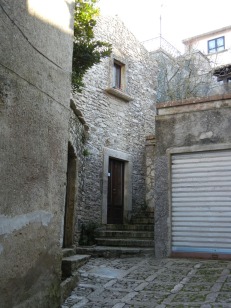 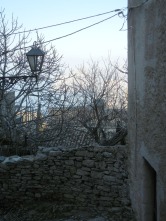 A 45 minute ride down the mountain followed by a two hour bus back to Palermo nearly ossified me but in retrospect I have decided to call the day a success.